Automatic Triage for a Photo Series 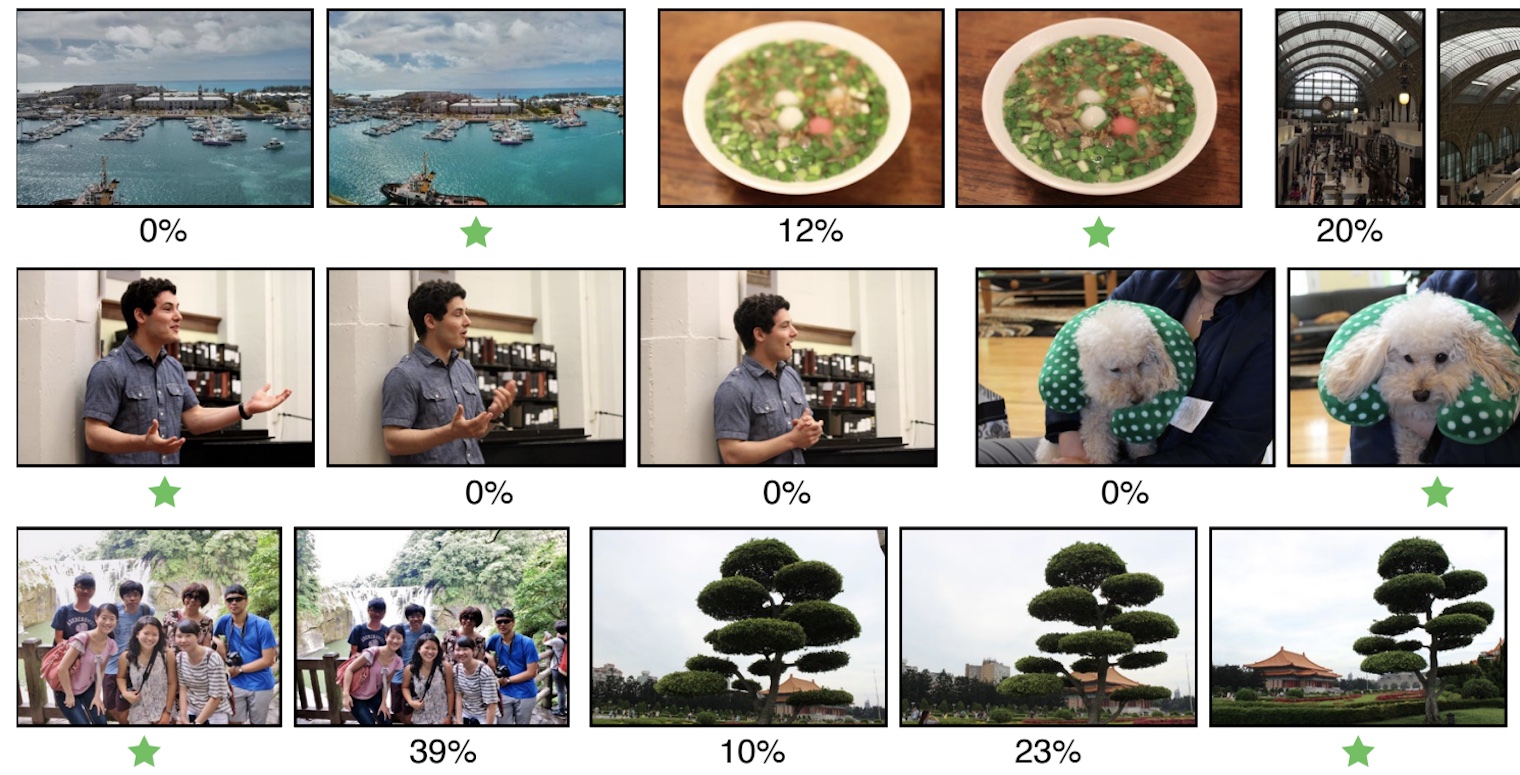 People often take a series of nearly redundant pictures to capture a moment or scene. However, selecting photos to keep or share from a large collection is a painful chore. To address this problem, we seek a relative quality measure within a series of photos taken of the same scene, which can be used for automatic photo triage. Towards this end, we gather a large dataset comprised of photo series distilled from personal photo albums. The dataset contains 15,545 unedited photos organized in 5,953 series. By augmenting this dataset with ground truth human preferences among photos within each series, we establish a benchmark for measuring the effectiveness of algorithmic models of how people select photos. We introduce several new approaches for modeling human preference based on machine learning. We also describe applications for the dataset and predictor, including a smart album viewer, automatic photo enhancement, and providing overviews of video clips.